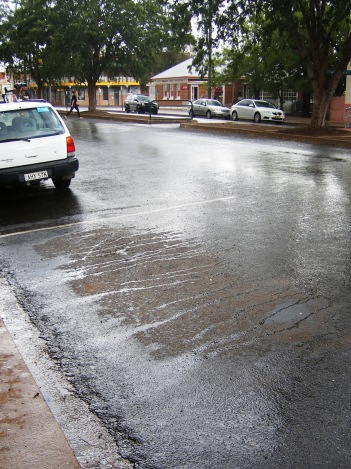 Weekly average temperatures were 7 deg high early in the month, normal in the third week, then 6 deg high at the end. In these hot weeks, ten days went over 40 deg.
The night of the 11th, at 28.1 deg, was extremely warm. It was the 2nd warmest on record, after 28.2 on 14/01/17.
Although the wettest day had only 22.8 mm of rain, there were 11 rain days. Other signs of moisture included 11 days with half cloud cover or more, and 9 mornings with dew points over 20 deg.

Mean temperatures this month are the 2nd highest for January, being lower than last year. Subsoil temperature is normal.
All moisture indicators are higher. The early morning dew point, at 16.8 deg, is remarkably high, exceeded only in January 2006.
The rainfall total of 46.8 mm is at the 28th percentile for January, well below the average of 87 mm.

I will report separately on the on-going drought that continues to break low-rainfall records at durations of 15-months and longer.

Data. A Bureau of Meteorology automatic rain gauge operates in the museum yard. From 17 March 2017, 9 am daily readings are published as Manilla Museum, Station 55312.  These reports use that rainfall data when it is available. Recording resumed on 20 July 2019.
My estimates of early morning dew point have drifted anomalously low. From August 2019, I use data from the Tamworth Airport published graphs.
All other data, including subsoil at 750 mm, are from 3 Monash Street, Manilla.

Moistures (moist is at the bottom)

Smoothed anomaly values now include July of 2019. From the rather static values of the autumn, nearly all smoothed values for June began to move in the direction towards drought that seems to have persisted through spring.
There were two exceptions. Daily minimum temperature anomaly continued to fall. Subsoil temperature anomaly reached a peak value in June.

In January 2019, the daily maximum temperature (x-axes, all graphs) and daily minimum temperature (lower left graph) were extremely high, while the subsoil had warmed to normal. Rainfall was very low, while cloudiness, dew point and daily temperature range were near normal.

By July 2018, the last date for which data can be fully smoothed (as described below), variables had already peaked, or were about to peak, in their contribution to an extreme drought.

More recent data, only partially smoothed, suggests that temperatures and rainfall have since returned towards drought.

Smoothing uses Gaussian functions.
For fully smoothed data the function has a Standard Deviation of 2.5 months, it spans 13 monthly data points, and has a half-width of 6 months, which suppresses cycles shorter than 12 months. For partly smoothed data, the span of the function is reduced to 11 months, 9 months and so on.

Blue diamonds and the dashed blue rectangle show the extreme values in the fully smoothed data record since September 1999.

January 2018, like December, had hot days and hot nights, but had even lower rainfall.

The latest fully-smoothed data point is for July 2017.
Most variables were normal and static at that time. Dew point was low and falling, while daily temperature range was rather high and rising. 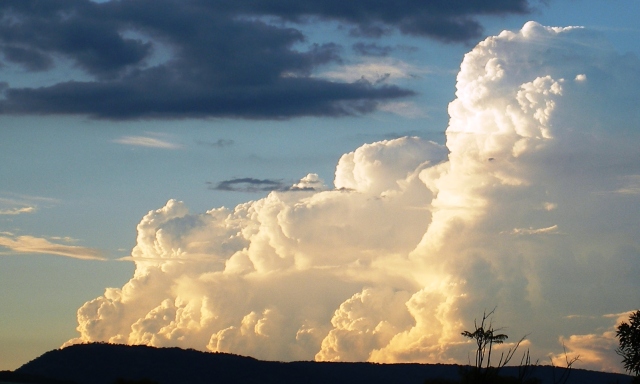 As in December, this was the hottest January of the new century. It easily beat January 2013 in mean daily maximum (36.4°), mean average (28.7°), and especially mean daily minimum (hot nights: 21.0°). As this months days and nights were both so warm, the daily temperature range was quite normal (15.4°).
Contradicting the high air temperatures, the subsoil temperature was below normal, at 25.1°.
The month was more humid than usual. Afternoon humidity, at 36%, was the highest January value in twelve years (normally 28%), and early morning dew point was the highest in eleven years.
The monthly rainfall total of 48.5 mm is in the 30th percentile, well below the average of 87 mm. Rainfall totals for more than one month still show no shortages. The 48-month total of 2320 mm (down 280 mm) has the lowest percentile value (23rd percentile) as a legacy of dry months around 2013.

Data. Rainfall figures are usually from the automatic rain gauge at Manilla, published on the internet by the Bureau of Meteorology as Station 55031. However, the gauge ceased recording four months ago (8/10/16), and this month’s readings are from my non-standard gauge. All data, including subsoil at 750 mm, are from 3 Monash Street, Manilla.

In January 2017 both days and nights became even hotter. While rainfall was low, dew point was high.

At the time of the latest fully-smoothed anomalies, in July 2016, most variables were still moving towards towards cool and moist. 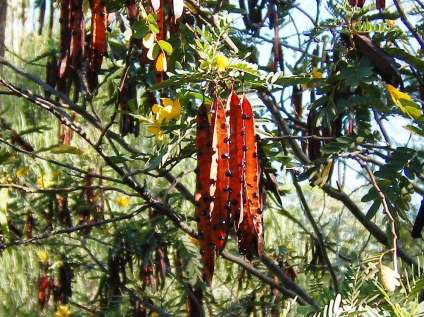