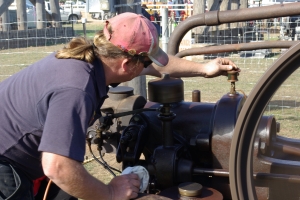 In four short  rainy spells, nights were very warm and days cool. Otherwise, the weather was normal but rather cloudy. There were eight rain days (normally six). The wettest had 17 mm, which is normal. Only nine mornings were frosty, when normally there are thirteen.

Most average values were near normal for June. However, the nights were warm, the daily temperature range narrow, and the skies cloudy. The month was not extremely wet and cloudy like June last year.
The total rainfall of 40.2 mm is in the 55th percentile, close to the average.. Taking rainfall totals for more than one month, only the 12-month and 15-month totals are serious shortages (7th percentile). The 3-month total (71 mm) is in the 12th percentile. Other totals have higher percentile values, and most totals for 36 months or more are above normal.

Data. Rainfall data is from Manilla Post Office, courtesy of Phil Pinch. Temperatures, including subsoil at 750 mm, and other data are from 3 Monash Street, Manilla.